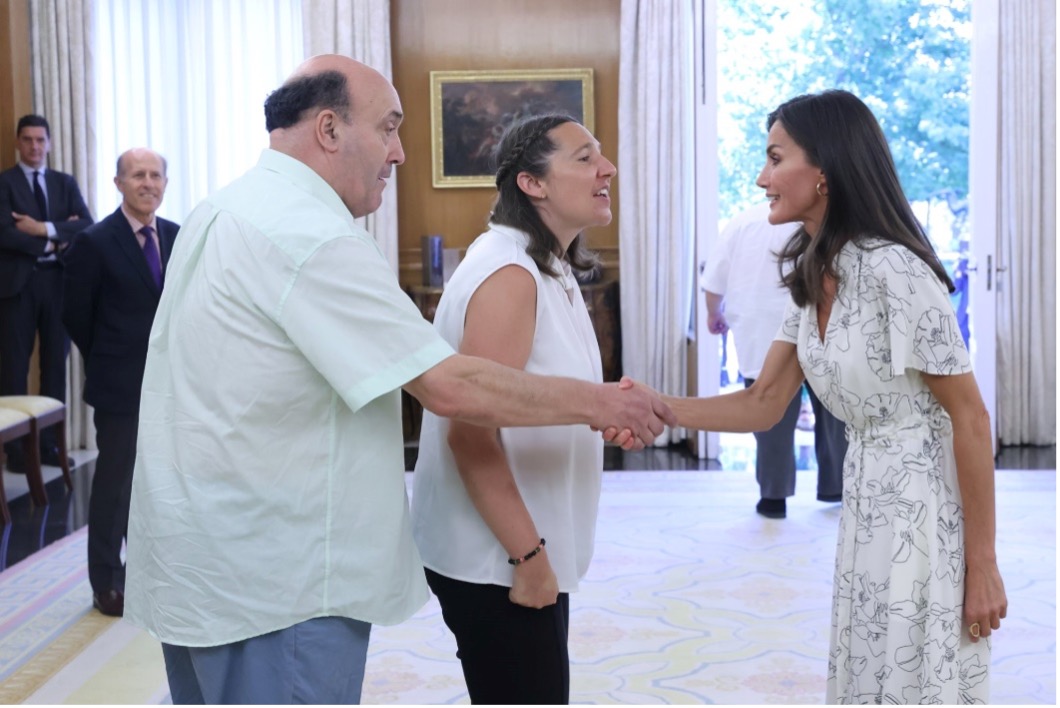 16 members of the State Platform of Representatives
of People with Intellectual and Developmental Disabilities,
had a meeting with Queen Letizia.

They presented their work plan, demands,
and personal experiences
as spokespersons for the State Platform.

Among the representatives of the Platform were the members of Plena Inclusion Comunidad Valenciana, Luis José Pérez and Paula Rodríguez, who presented their work plan and demands to the Queen. Among them, to make visible the power of people with intellectual and developmental disabilities as protagonists of their own interests and to make political incidence in the public administrations for the recognition and guarantee of their rights and their social visibility in the environment.

During the meeting, the Platform expressed its concern about the discrimination suffered by women with disabilities and LGTBI people with disabilities, victims of violence and abuse. As well as the complex situation of this group in terms of access to housing, employment, social participation and inclusive education.

Cristina Paredero, co-director of the State Platform, said: “We share with H.M. The Queen our proposal for the future. We know that the future can only be better if people with intellectual and developmental disabilities also participate in its construction. We want to join in and contribute our enthusiasm and strength. We will continue to make the State Platform grow, as the contribution made from the experience of diversity seems fundamental to us”.

Some of the challenges for the future are: to ensure that people with high needs have the necessary supports to participate in society; to join other social movements; and to promote the participation and empowerment of people with intellectual and developmental disabilities in organisations and in the community. Currently, it has 25 members who have been elected by their colleagues with intellectual and developmental disabilities through a democratic process and represent 9 autonomous communities in Spain: Basque Country, Castilla y León, Madrid, Aragón, Extremadura, Andalucía, Canarias, Murcia and Comunidad Valenciana. 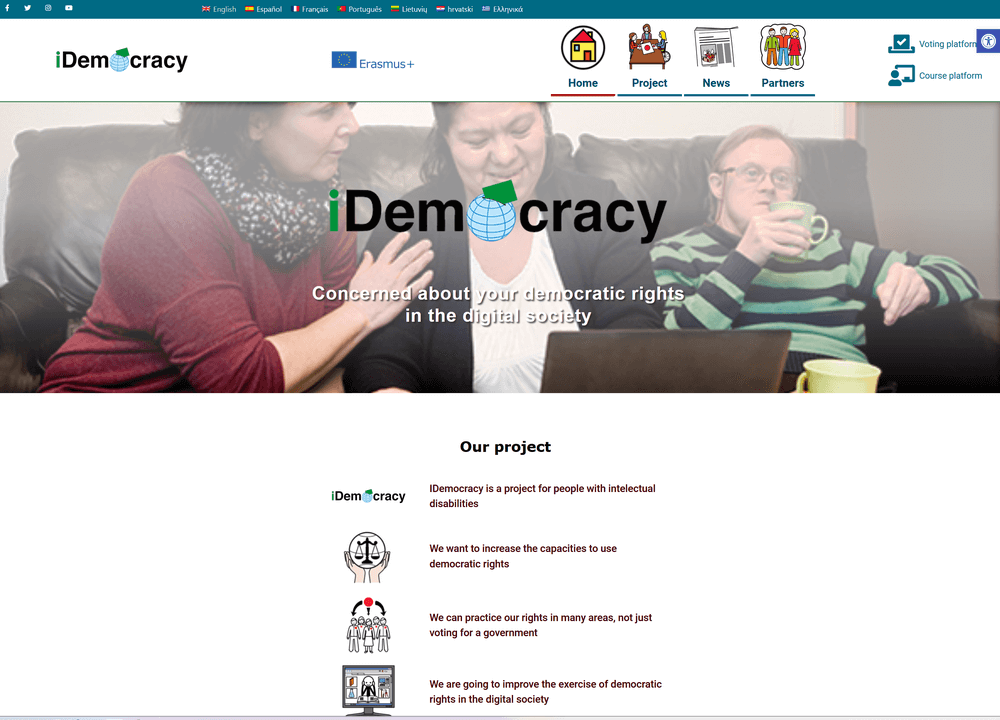 IDemocracy: Implementation of a web platform to increase democratic rights’s awareness and the exercise of these rights by People with Intelectual Disabilities 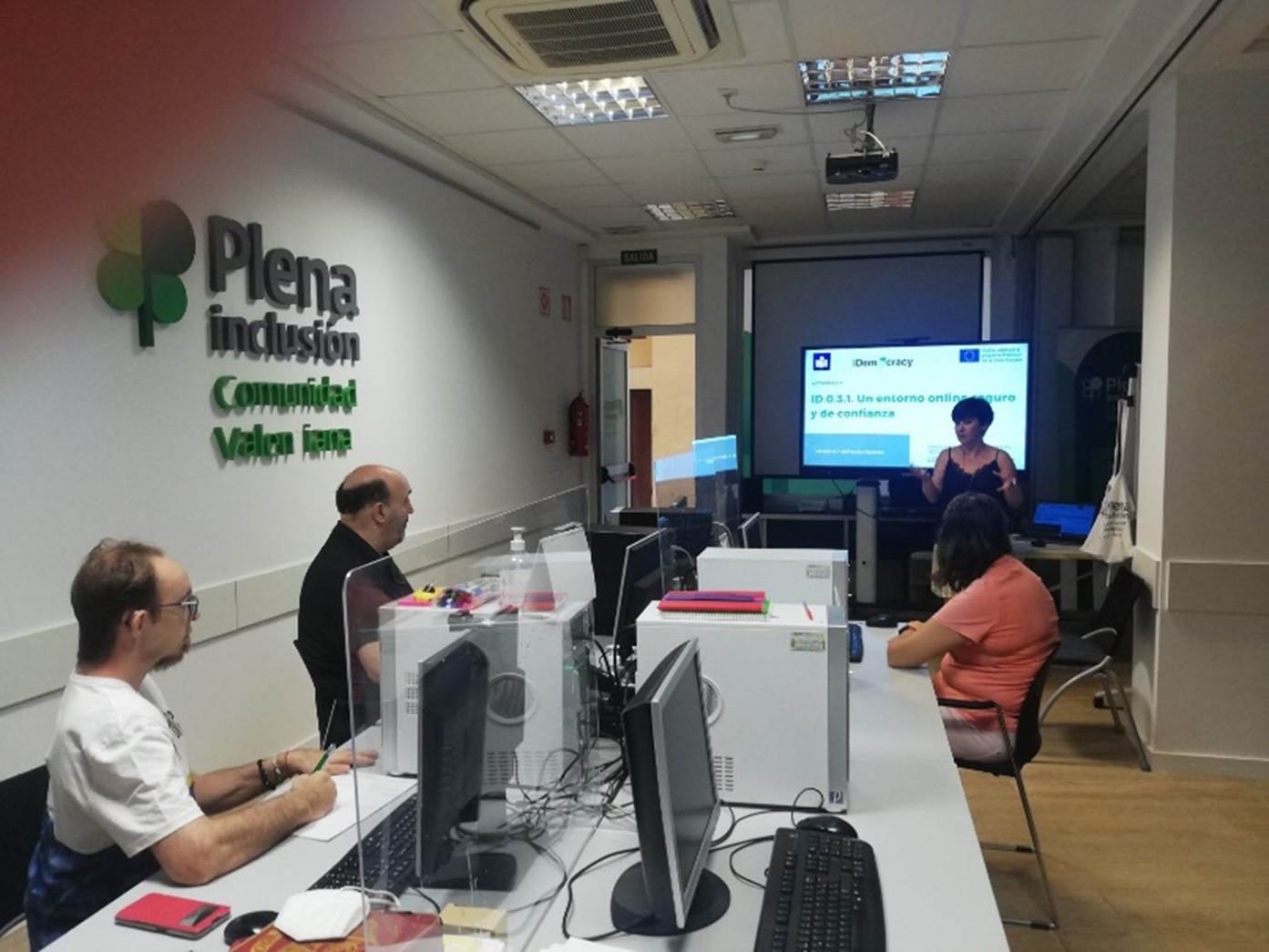 This project has been funded with support from the European Commission.
This publication reflects the views only of the author, and the Commission cannot be held responsible for any use which may be made of the information contained therein.